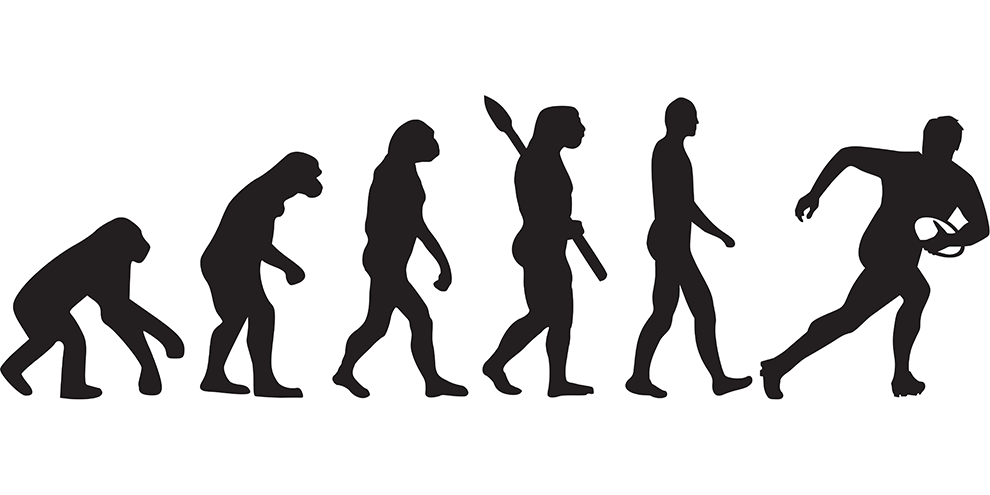 The Evolution of Rugby

The game known as ‘Rugby Union’ Rugby is said to have originated at Rugby School in Warwickshire, England, in 1823 when during a game of football, William Webb Ellis decided to pick up a ball and run with it.

This is widely accepted in rugby folk lore.

As such, the Rugby World Cup Trophy is now the William Webb Ellis Cup.

In 1871 Rugby Football Union was officially formed, with the first ever international match was played between England and Scotland with Scotland taking the win 1-0!

How has the size of a rugby player evolved?

This image of how the size of an All Blacks fly halve / first five has evolved since 1905, says it all.

We use cookies to ensure that we give you the best experience on our website. If you continue to use this site we will assume that you are happy with it.Ok